It’s been 5 months since the operation to remove the Haglunds Bump (a small bone growth at the back of the heel), and progress has been slow.  During March and April after removing the cast  I focused on just trying to walk without limping (I still do this first thing in the morning of course).  From May to July I still couldn’t run and continued to find it hard to walk without the odd limp or stumble, so I decided to pour my efforts into swimming and cycling.  Unfortunately I have developed an issue with my lower back which may be as a result of the body ‘over-compensating’ and twisting (even the ribs on one side of my body are slightly more prominent).  I have an NHS physio checking on the progress of my ankle, an ex GB-Team physio I see for general issues, and a local chiropractor, so hopefully between them they can sort by body out!

I couldn’t continue with the swimming because of the back pain, and it’s difficult to find time to cycle with an active 11 month old daughter (!) and an impending move to Aberystwyth.  In recent weeks I have forced myself out on some run/walks.  At first I would do 400m intervals at a relatively low pace (double+ rec).  I can now run around 2-3 mile at a light effort, but there is a fair amount of pain and stiffness.  One thing I have enjoyed recently is weekly long hikes.  I’ll head out for half a day with my backpack, OS map in hand and enjoy the non-London air.  As I said before, in hindsight I probably would have waited another season before signing up for this operation because the outcome has not been as good as I thought it would be, or even, was lead to believe.

The move to Aberystwyth will take place around mid-end September, and all my efforts will now be on that.  With my wife studying again, I will be in charge of our baby daughter Annabelle.  She’s very demanding and always on the move/crawl (apparently like her Dad), but I have some ideas.  I’m currently looking at suitable child carriers/backpacks so that we can go out hiking during the day.  I also have a running buggy I can use on the sea front.  I did a test drive a few weeks ago at the Hereford 5km Parkrun.  Apart from the brake coming off and Annabelle going still for the second half (I was worried the vibrations had knocked her out!) it was fine. 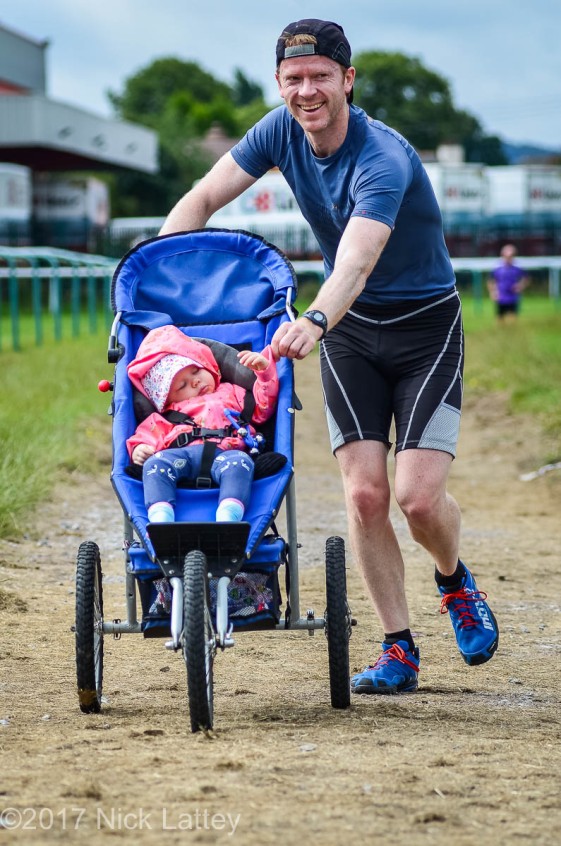