Been a while since I’ve updated the blog. I talked before about this being a new period of training and racing for me after a few years of unstructured training. I’ve been trying to hold 10hr/week training and competing in shorter races, up to 10km running and multi-discipline. I’ve also talked up Zwift and ecycling, which I have become a big fan of in recent months.

I’ve been focusing a little more on my strength and short-end power, while trying to maintain weight (shifting some fat to muscle). This has been difficult as I like to snack in the evening and I don’t have a lot of fat to play with in the first place. It’s interesting that I’m still 5kg lighter (at 68kg) than I was 10 years ago in my Ironman days (72-73kg). Upper body lean muscle tissue is less, of course, as I rarely swim or bulk up like I used to, and I’ve picked up some weight maintenance tricks over the years.

28 April – Storm the Castle Duathlon (10k/33k/4k)
Result: 12th (1st cat)
Overall several minutes quicker than last year (particularly the bike) but the same position. A higher standard at the top end. Flare up of the Achilles tendonitis slowed my running.

7 May – Ludlow Cycle Club Time-Trial (10M)
Despite giving it hell, a mid-table finish. Baptism of fire into cycle only time-trialling. Work to do on bike set-up and positioning.

12 May – Worcester Sprint Triathlon (750m/33k/5k)
Result: 1st
Good balanced race. 3rd out of the water in my wave, 2nd off the bike and chased down leader on the run. Fifth time I’ve done this race. Swim and run slower, but bike quicker. 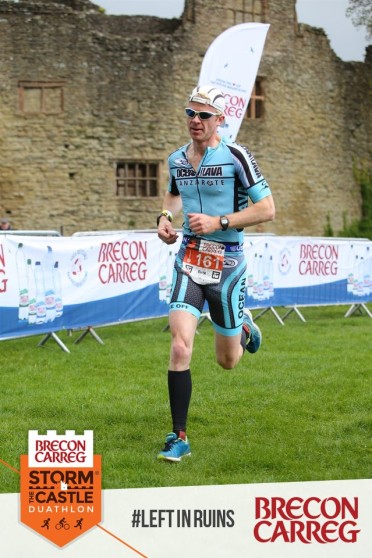 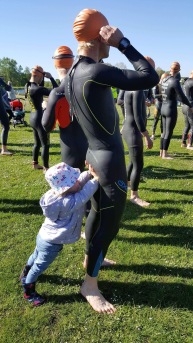 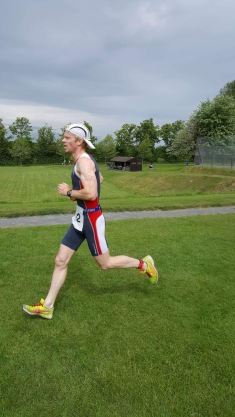 Parkruns
I treat all 5km Parkruns as personal TTs. Times are slow in the local events as hilly and/or long. But for what it’s worth I came 3rd/2nd/1st/3rd hitting a decent relative pace.

So, I’ve done a good mix of local race formats in recent months. Unfortunately I have been held back by the Achilles tendonitis. I’ve now had this for 10 months. On good days it’s just a bit stiff in the morning and slightly sore to pinch. On bad days, and especially the day after a flare up in a race, I’ll be limping. It’s actually a chronic problem I’ve had come and go for over 15 years. Although I can’t run on it, I can cycle. Which is why I’m currently considering dropping running for cycling (outdoors and indoors) in the immediate future, at least to give the Achilles a breather. I’ll see how the rest of the year goes first and where my heart is because I’m developing well and enjoying my cycling very much right now and have a few opportunities this summer to try various other outdoor formats.

Zwift/Eracing
I can race anywhere from 3-7 times/week on Zwift, and they can be as hard (if not harder) than any outdoor race. I’ve gained a lot of experience and developed quite a ‘punch’ which means I’m now able to hang on to the best and get better results. I like to work on my overall A-cat Zwift ranking. Originally my target was to reach the A-cat top 100 by the end of the year. But I’ve already surpassed that, so will just see how far I can get. 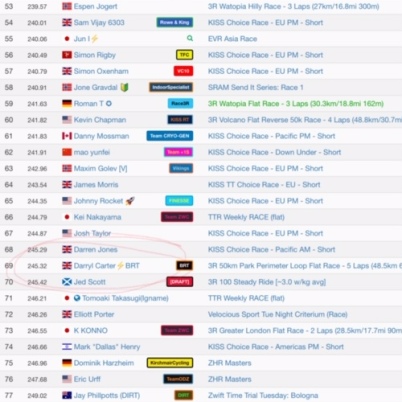 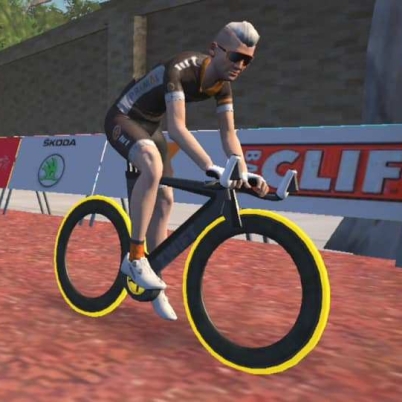 I try to fit in some decent gym resistance work between those races, working on leg strength and power output.  I’m getting better, but I’ll need to focus more on cycle-spec training to reach the next level.
.
.