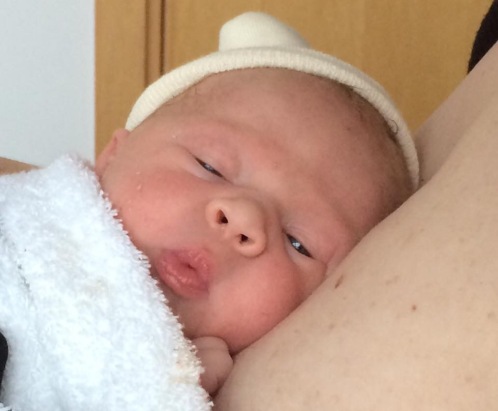 Once again I’ve been a little slack with my blogging.  Hopefully this will change in the New Year as I always have plenty to chat about.

Having re-read my previous Blog (August I believe), I can now confirm quite happily that I am the proud father of a beautiful little girl – Annabelle. She already has a big personality and is hitting her little milestones nice and early.  I love her to bits and look forward to sharing many experiences with her in the future.  Of course I would love her to be sporty and if she has her Mum’s physical genes and her Dads competitiveness then it will be hard to hold her back.  But we shall see what she wants to do.

Sleep deprivation – ouch!  I knew it would be tough but it has been a lot more demanding than I anticipated and the period of non-training had to be extended.  She’s 14 weeks old and I’m still struggling to get 5 hours of training in a week.

The other issue effecting training has been diagnosed as Haglund’s bump (also refered to as’Haglund’s deformity’ or ‘pump bump’).  This growth of bone has led to calcaneal bursitis along the back and bottom of the heel.  In previous years it would be an occasional discomfort when running long distances.  This year it started to hurt on all runs and by the summer became so painful I had to stop running entirely.  In recent months I’ve been in pain simply driving and walking, so something had to be done.

I will have a second appointment with a specialist at an Orthopaedic Hospital following and MRI scan, but initial consideration is for me to have an operation to ‘shave’ the bone and potentially tidy up the area.  Of course there are risks involved with any operation, and there is no guarantee I’ll be free from pain in what could become a weak spot in the future.  But it’s better than giving up training and potentially allowing the issue to get worse in time.

It’s been a gradual decline in training time over the previous 5-6 years.  Part of that was as a result of leaving elite triathlon to concentrate on ultra running (circa 2010).  You can’t put the same amount of hours into running as you can swim/bike/run.  But the other main factor has been health issues and injuries.  Nothing you can do about this but ride them out and hope things will pick up the following year/season. 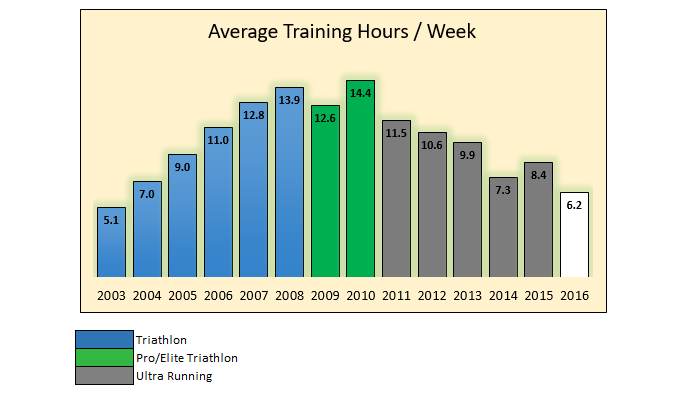 I have enjoyed every minute of my athletic experiences and achieved most of what I set out to do.  I would have liked to develop my ultra running a bit more and competed at a higher level but I’ve had a great time and met some interesting people in both sports.  I always say I will get back into training and racing the next year, but with changes in my life I can’t guarantee it. I’ve been enjoying taking part in local Parkruns of late and will do more of these in 2017.  However I will need to have a successful operation on the heel to do this as it can be a little frustrating racing at <80%.  Either way I will always find an activity to use up my reserves (once I find them).